Jet Mixers or Tank Mixing Ejector / Eductor are a specially adapted technology for tank stirring, agitation of tank contents and for Introduction of chemicals & solid powders in the tank

Storage tanks in the Industry typically need the following add-ons for effective functioning:

Jet mixers or Tank Mixing Ejectors / Eductor facilitate all the above requirement through one single installation.

Jet Mixers or Tank Mixing Ejector / Eductor are based on the Jet-Venturi effect and transfer the kinetic energy of high velocity liquid jet to the tank contents for agitating and mixing the tank contents.

The low pressure zone sucks the tank contents inside the mixer. The entrained liquid then mixes with the high velocity motive jet. The mixing leads to transfer of energy and momentum to the liquid from the tank. This mixing of the sucked flow and motive flow inside the Jet Mixer is critical and mainly responsible for the excellent mixing characteristic exhibited by the Jet Mixers compared to directly introducing high velocity motive flow inside the tank.

The mixture of bypass flow and sucked tank contents is discharged at medium velocity into the tank.

The circulation created inside the tank and the turbulence produced during the interaction (between the discharged mixture from the jet Mixer and the liquid inside the tank) leads to intimate mixing, agitation and stirring.

For chemical & Powder introduction, the chemicals can be added to the bypass flow taken from the tank and the mixed flow is supplied to the pump and subsequently to the jet mixer. 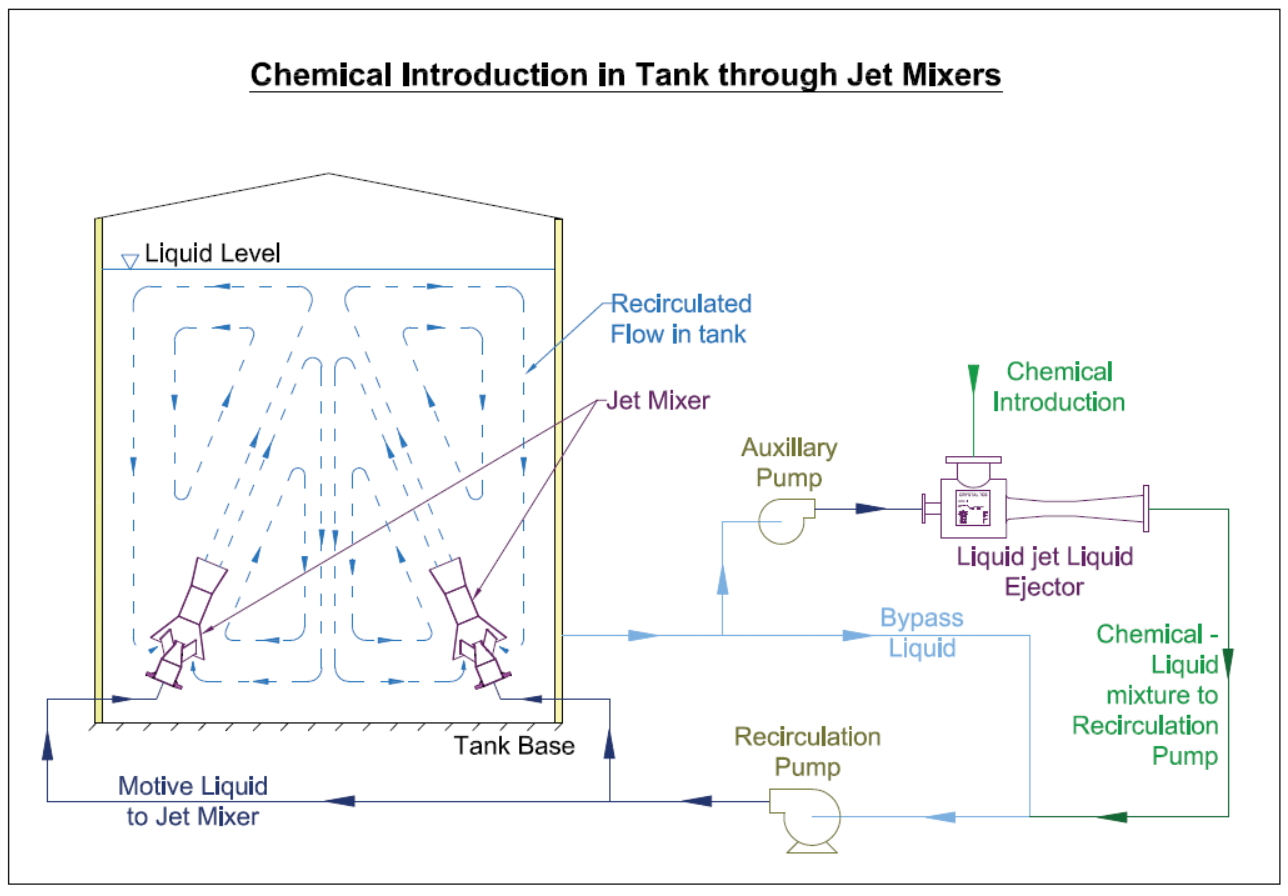 This automatically introduces the chemicals inside the tank and is efficiently mixed with the tank contents due to the heavy turbulence and mixing created by the jet mixture.

Similarly Powders can be introduced with the help of a hopper into the tanks.

Heating and Cooling of the Tank contents by heat exchangers installed inside the tank is an inefficient way of heat transfer and creates large temperature variation especially inside large tanks.

The heated / cooled flow is then supplied to the jet mixer which efficiently mixes and disperses the flow inside the tank. The Turbulence created during mixing facilitates excellent heat transfer from the bypass flow to the liquid inside the tank and the effective dispersion leads to even heating / cooling of the tank contents without creation of any temperature gradients inside the tank.

Comparison with Mechanical Agitators and Mixers: 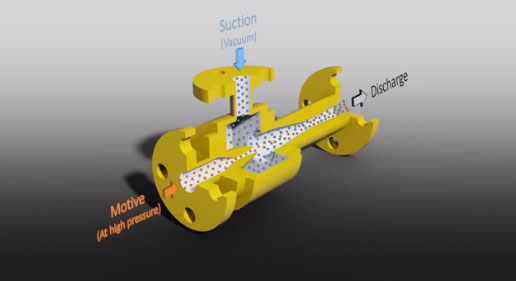